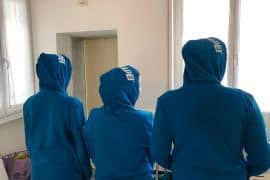 Mapei is continuing to support the Arché Foundation, which has opened a new building in the suburbs of Milan

“Corte di Quarto”, a building standing alongside (and completing) CasArché, where the Arché Foundation has been hosting a mother-child community for the last three years, officially opened on 17th December last year after three years’ work.

As was the case in 2016 when it donated its products for the construction of CasArché, a former nursery school converted into an educational community, Mapei was once again involved in the construction of this new facility commissioned by the CasArché Foundation – a non-profit organisation founded in Milan in 1991 by Father Giuseppe Bettoni – supplying numerous solutions for both the interiors and exteriors.

The doors of the house were officially opened by a special guest, His Eminence Cardinal Pietro Parolin, Secretary of the Vatican State, who took part in the opening ceremony together with father Giuseppe Bettoni, founder and head of the CasArché Foundation, Gabriele Rabaiotti, Councillor for Social and Housing Policies for Milan City Council representing the mayor of the Metropolitan Borough of Milan, Daniela Maldini, Mayor of the town of Novate Milanese, and some of the most important backers of the “Corte di Quarto” project, including Jean Pierre Mustier and Cesare Bisoni, respectively the Managing Director and President of UniCredit bank.

Plenty of other guests from the world of charity work, associations and politics also took part in the official opening of a building that is so much more than just a simple house: it will be a place for social regeneration designed to accommodate struggling families and individuals (people committed to supporting them) as part of an experiment into the idea of open, inclusive citizenship in close interaction with the surrounding territory. In a nutshell, from housing to homing.

The building’s 14 apartments will not just accommodate mothers with children who will be helped to stand on their own feet again, but also individual people or couples choosing to live in neighbourly solidarity, as well as a small fraternity of priests and nuns. This will create a supportive environment that will bring together people who are struggling and people willing to share their problems and hopes. There will also be a counselling service for local families.

Mapei has supplied numerous projects for constructing this new building in record time. The screed supporting the flooring made from TOPCEM PRONTO pre-mixed mortar was soundproofed using the MAPESILENT system installed under the screeds.

Water-based enamel paints from the DURSILAC range were used for the iron railings in conjunction with DURSILAC NO RUST primer.

The internal finishing of the walls was carried out using DURSILITE MATT paint, while SILEXCOLOR PAINT was used together with SILEXCOLOR PRIMER to finish other parts of the new building.